We develop simulation frameworks based on classical and first principles molecular dynamics (FPMD) to investigate thermal transport in solids, liquids and nanostructured materials. One application of interest is solid-state thermoelectrics, which can both generate electricity from waste heat and use electricity for solid-state Peltier cooling. 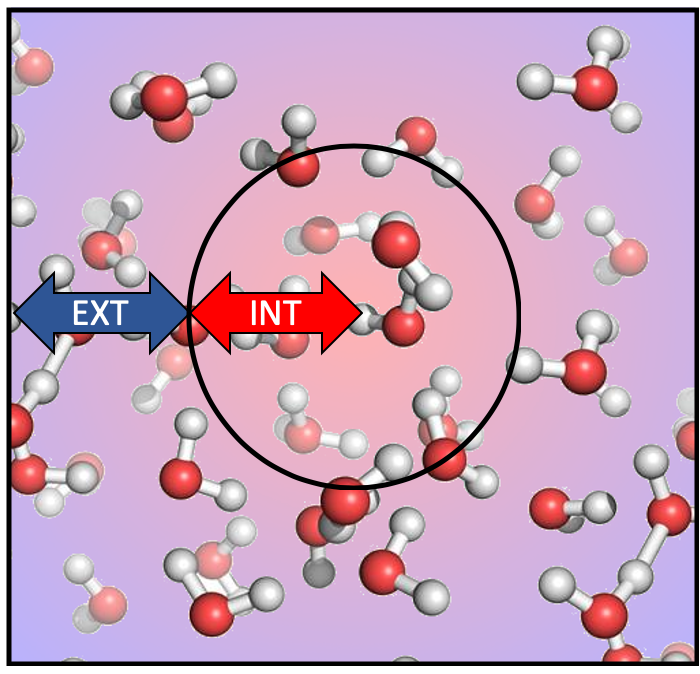 We developed a method based on sinusoidal approach to equilibrium molecular dynamics (SAEMD) to compute the thermal conductivity of liquids. Similar to non-equilibrium molecular dynamics, and unlike equilibrium simulations based on the Green-Kubo formalism, the method only requires the calculation of forces and total energies. The evaluation of heat fluxes and energy densities is not necessary, thus offering the promise of efficiently implementing first principles simulations based on density functional theory or deep molecular dynamics. The approach is a generalization of SAEMD for solids, where the thermal conductivity is computed in the steady state, instead of a transient regime, thus properly taking into account diffusive terms in the heat equation..

Two major approaches, namely molecular dynamics (MD) simulations and calculations solving approximately the Boltzmann transport equation (BTE), have been developed to compute the lattice thermal conductivity. We performed a detailed direct comparison of these two approaches, using as prototypical cases MgO and PbTe. The comparison, carried out using empirical potentials, takes into account the effects of fourth order phonon scattering, temperature-dependent phonon frequencies (phonon renormalization), and investigates the effects of quantum vs classical statistics. We clarified that equipartition, as opposed to Maxwell-Boltzmann, govern the statistics of phonons in MD simulations. We found that lattice thermal conductivity values from MD and BTE show an apparent, satisfactory agreement; however such an agreement is the result of error cancellations. We also showed that the primary effect of statistics on thermal conductivity is via the scattering rate dependence on phonon populations.

Advances in understanding heat transport in solids were recently reported by both experiment and theory. However an efficient and predictive quantum simulation framework to investigate thermal properties of solids, with the same complexity as classical simulations, has not yet been developed. Here we present a method to compute the thermal conductivity of solids by performing ab initio molecular dynamics at close to equilibrium conditions, which only requires calculations of first-principles trajectories and atomic forces, thus avoiding direct computation of heat currents and energy densities. In addition the method requires much shorter sequential simulation times than ordinary molecular dynamics techniques, making it applicable within density functional theory. We discuss results for a representative oxide, MgO, at different temperatures and for ordered and nanostructured morphologies, showing the performance of the method in different conditions.